The Uruguayans’ perception of the country’s and their own personal economic situation improved in December, notwithstanding the fact that it remains in the area of moderate pessimism for the tenth consecutive month, according to the measurement of the Consumer Confidence Index (CCI) prepared by the SURA Chair of Economic Confidence of the Catholic University together with Equipos Consultores.

With its 1.3-point increase, the CCI stood at 47.3 points, becoming the second highest score since the COVID-19 pandemic shock in March 2020 (the highest score was recorded in September with 47.5 points).

The evolution of the overall index was supported by the improvement of the sub-indexes “Personal Economic Situation” and “Economic Situation of the Country”, which increased by 4.8 points and 3.7 points respectively, while the sub-index “Predisposition to the purchase of durable goods” dropped by 4.6 points, moving away from the score recorded in November, the highest since the COVID-19 shock.

The rest of the indicators measured accompanied the upward trend shown by the ICC in December compared to November.

The indicator that improved the most was “Inflation Expectations”, which fell 11.2 points, counteracting the collapse of the previous month and placing itself at the best value since the COVID-19 pandemic exploded.

On the other hand, the “Preference for domestic deposits” was the variable showing the worst performance; yet, the score is above 90 points, which may mean that the population prefers to deposit their savings locally.

The December CCI was developed on the basis of surveys conducted between January 13 and 14, 2021. 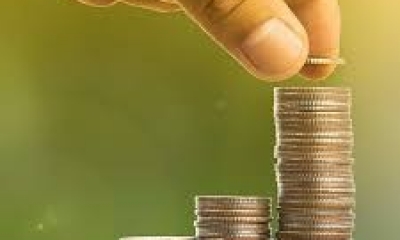